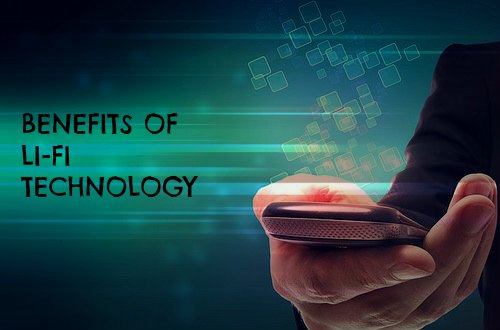 Advancement of Li-Fi in Today’s World

Li–Fi is Light Fidelity. Like Wi-Fi , Li-Fi travels in two directions of enormous speed and it is one among the best in wire-free technology. It can be considered to be a subset of optical wireless communications and complements RF communication. It is almost 100 times faster than Wi-Fi with speeds reaching about 224 gigabits per second. It is an Optical wireless technology and uses light from LED as an intermediate to deliver high-speed communication as that of Wi-Fi. The technology of Visible light communications (VLC) functions by transforming the power to the LEDs off and on at such a high rate which is hardly recognized by  human eye. The light form LEDs can be dimmed enough to be visible for humans but is still sufficient to carry data. The technology is still in its infant stage. Now days Wi-Fi networks are becoming congested with lot of noise in the signals, Li-Fi seems to be of great use to individuals. The basic requirement here is light.

The LED powered Li-Fi connection is generally used to beam the information directly to the destination instead of running a mile worth of cable. This also benefits the office buildings to stay connected without laying additional cables. The problem arises only if there are any obstructions like solid or dense objects like heavy fog or snow.

Think of an idea where you put sensors on a television and receive information from game consoles. Now your unit could be anywhere in the room with a condition that there is a direct line of sight to the sensor. Imagine your video game where everything is wireless except for the power in the unit. This is possible with Li-Fi.

Imagine you are sitting on a sofa with phone in your hand and you are able to record the movie, your TV soap onto your mobile. Although this may be illegal and may create issues of copyright, but is a great thought. Thus investing in Li-Fi technology is highly beneficial to the future of wireless networking. Barring few aspects, future of Li-Fi is promising. Though the technology is in the infant stage to be restricted for data transfer within a room, visible light communication could be a future benchmark.

It is useful in highly sensitive electromagnetic areas like aircraft, hospitals and nuclear power plants. As it uses visible light it has no limitations on capacity as the visible light spectrum is 10,000 times larger than the RF capacity. It is about ten times cheaper than Wi-Fi. Li-Fi is suitable in confined regions for high density coverage. It can yield speed upto 10 Gbps which means you can download your HD movie in 30 sec.

The major disadvantage is that the light waves i.e, the signals cannot penetrate walls. Hence it is difficult to move from one room to another as you will require a wired bulb present in every room. LI-FI requires Line of Sight. If you set the apparatus outdoors, it has to deal with changing weather conditions. If you set the apparatus indoors, you will not be able to shift the receiver. The technology is light dependent and cannot work in areas where light source malfunctions. It has high installation costs, short range and low reliability.