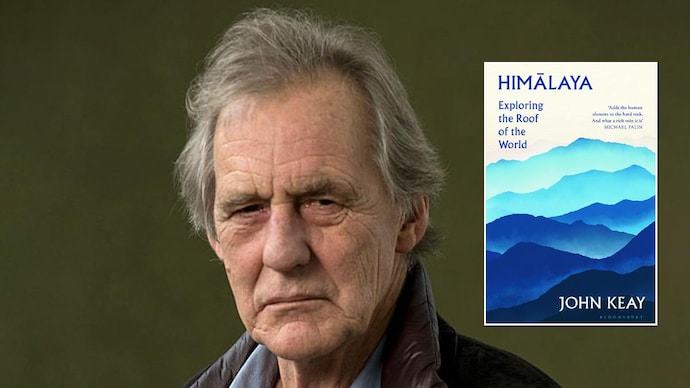 Though the Hindu Kush-Himalaya mountain complex has been explored, documented and appropriated for 200 years now, it remains a puzzle for most. One must understand Himalaya for itself, not merely in the light of the interests of its periphery. To do so, one needs confidence and humility. We should look at the known with fresh eyes each time. John Keay’s first books—When Men and Mountains Meet (1977) and The Gilgit Game (1979)—focused on the vignettes and romance of the pioneering explorers of the Himalaya. His latest book, Himalaya: Exploring the Roof of the World, focuses on the explorer within its author.

This one-person encyclopaedic survey begins with a bold but accurate accusation: “History has not been kind to Himalaya”, and then provides a narrative that analyses the range of contemporary studies on the Himalaya. Keay guides us through topics such as orogeny (mountain-making), autochthonous cosmologies, botanical secrets, glacial melt rates, even philology and zoology, without abandoning the world of ideas, societies and personalities. The author’s criticism is that the world doesn’t listen to Himalayans. He then shines a light on how this may be done.

Keay’s passion and confidence for all things Himalaya were evident in an interview with INDIA TODAY: Zangskar interested him because it was “geology in action”; the need for the scientific study of glaciation is fine, but local communities are “creating their own glaciers successfully in Hunza and Baltistan”. He also endorsed the suggestion that there must be a dialogic, not merely instrumentalist, relationship with the Dard, Mon, Lepcha, Limbo, Naga and other indigenes, a task he could not address in an already hefty book.

Himalayan exploration has concentrated on its material curiosities and curious mentalities. But the time has come for it to be mined and protected as a cornucopia of knowledge systems, languages and universal wisdoms, as a “water-tower” for a quarter of humanity, and as a provocation to arrest the trend of selfish territorial grab that passes for geopolitics. Keay’s book opens a window to help us adopt these perspectives.

Heed Keay’s pithy description of Zangskar and its provenance in Ladakh, for instance: “In a maze of twisting valleys and dark gorges, the granite of the Great Himalaya range here brushes up against the limestone of the Zangskar range.” Then, citing Pierre Dezes’s hypothesis, he explains that Zangskar may be, in tectonic language, a “pre-Asian” breakaway from Africa. The stunning implication of this: “...cradled in its bosom, Himalaya still hugs a sliver of what was once Africa.” In a world inured to the often-facile use of concepts like “interconnectedness” and “interdependence”, we are introduced to Ladakh’s connectedness to Africa!

Keay tackles more recent knots in the Tibeto-Himalaya with equal flair. The complexities of classifying Tibetan Buddhism’s monastic orders; the genesis of the office of the Dalai Lama; the synthesis between Buddhist theory and Bon praxis; and the role of Tibet as a Eurasian power in the 8th century, all are explained unpretentiously and comprehensively. Downright humorous is his untangling of the contemporary factional battle for the ownership of the Rumtek monastery in Sikkim. Just as amusing is Keay’s description of the infamous controversy on the timeline for glacial-melt-Armageddon in the Himalaya: it was because of something as innocuous as a misplaced zero that had gone unnoticed by authors, copy editors and experts! All the while the author remains admirably self-effacing.

This is not to say that Keay hesitates to express his opinion. Take his verdict on the Italian Tibetanist Giuseppe Tucci’s acquisition of texts and artefacts: “By making off with whatever documents and artefacts he deemed of value, Tucci was not pillaging but conserving.” The argument is unfashionable in the face of contemporary academic activism, but Keay opts for context and proportion in his analysis. His response is telling when asked about his exoneration of Tucci and other “difficult” explorer-scholars of the 19th and early 20th centuries who accumulated artefacts at the expense of their nativity. “They were not totally wrong,” he tells us.

In Keay’s writing, we find a humility that is sorely needed when approaching the Himalaya, the seam that both separates and joins Central Eurasia and South Asia. The future of 240 million Himalayans and, indeed, a demography of 1.65 billion more who depend on a conserved Himalaya, make it a subject of urgent universal, not proprietary, importance.

(The author is a Himalayan. He lives in Kashmir and is a professor of Central Eurasian history.)

Best Oldest Newest
Write the first comment for this!